While living in East Africa I came across a university campus by a little-known Belgian architect named Roger Bastin. Built in Bujumbura, Burundi from 1950-1961, this campus of concrete and steel was set high upon a hill overlooking the city. Burundi was a colony of Belgium and, like most public projects in the region, the school was meant to be a symbol of colonial rule embodied in the permanence of reinforced concrete. According to the architect, the overt gestures of 1960s modernism were meant to symbolize progress – specifically that the buildings of the future were not bound to geographic or economic borders. In stark contrast to local construction methods, most of the campus takes the form of horizontal concrete planes punctuated by vertical towers on piloti. The quality of and scale of construction is remarkable when you consider the remote location and resource-limited setting of Burundi – a landlocked country with poor roads and no rail. The most notable piece is the chapel bell tower which shields a stair core of orange and purple stained concrete – one of the few but necessary splashes of color on the campus. The simple concrete forms create opportunities for interesting vent-block walls which provided adequate shading and ventilation in the equatorial climate. Butterfly roofs provided clerestory ventilation while diverting rain to massive scuppers. It is easy to look at the campus and dismiss it as out-of-place or ignorant of factors such as climate and local craft. Intentionally heavy and imposing, Bastin’s buildings still manage to prioritize climatic requirements, student visibility/safety, and a surprising lightness when experienced first-hand. Additionally, the use of concrete has proven to be an important factor in ensuring continued use despite extreme weather, economic instability, and civil war. This building was an exciting find in a region where buildings are often destroyed due to their association with oppression. While those associations can’t be ignored, I find this building fascinating because it attempts to navigate the idealism of mid-century architecture, the difficulties of post-colonial politics, and the opportunities of adaptive re-use. 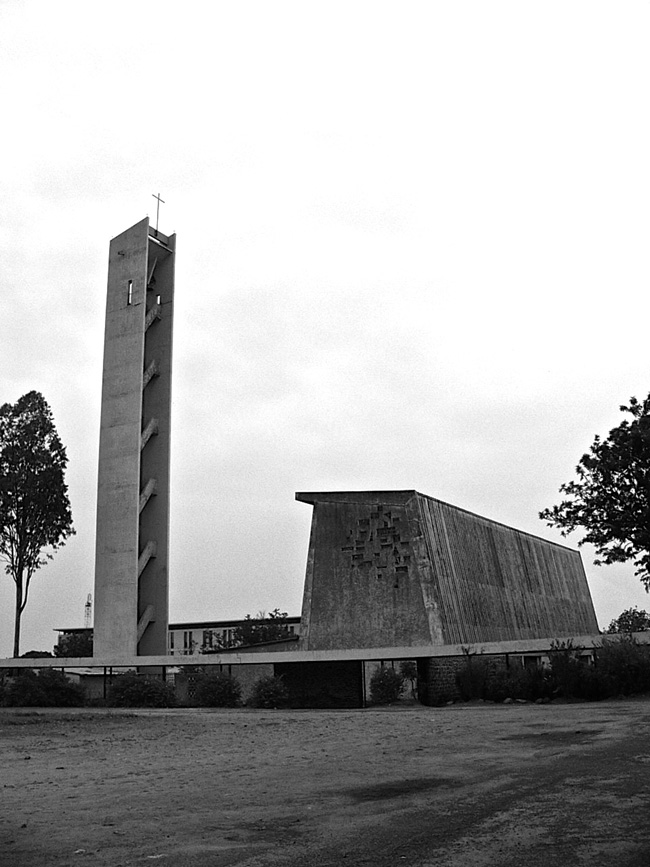 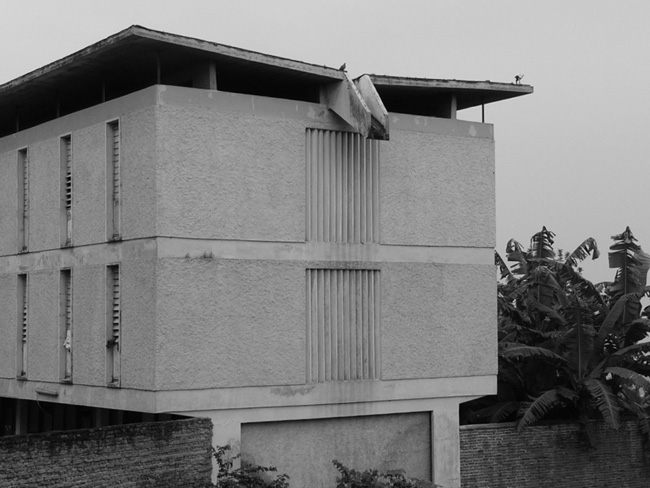 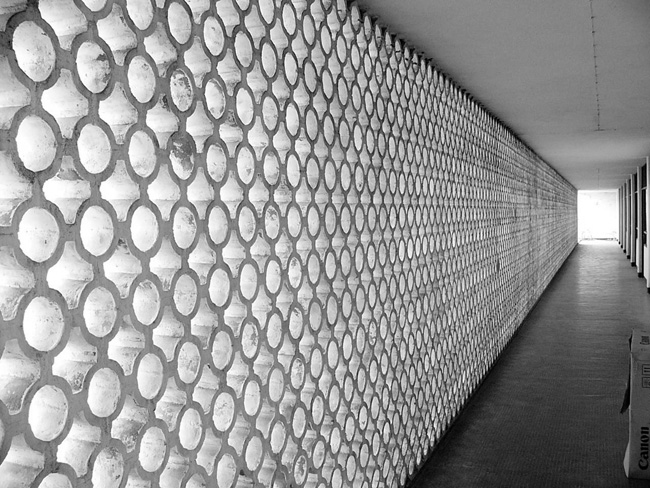 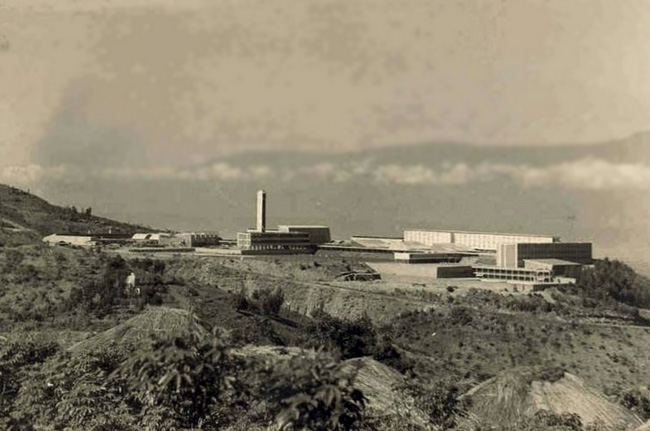 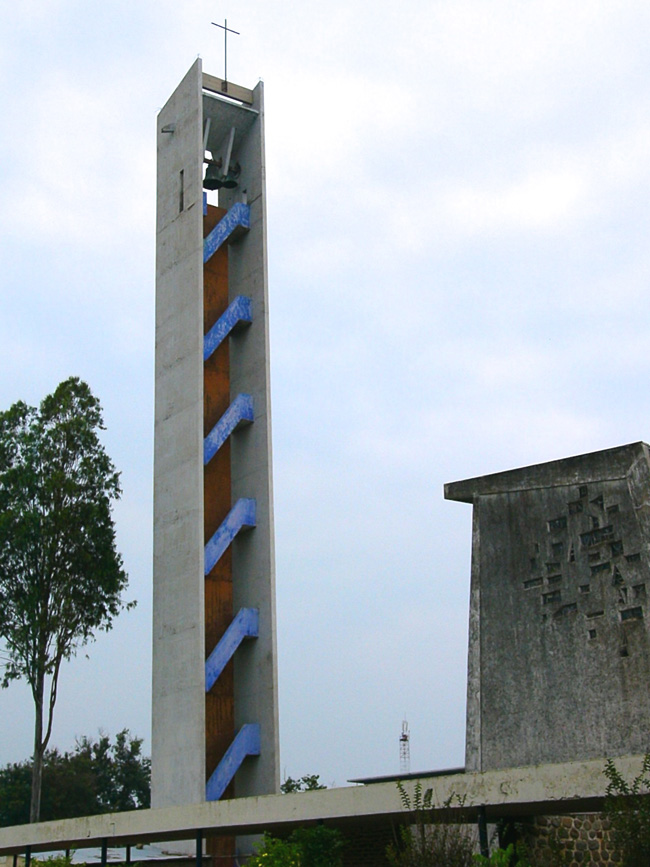 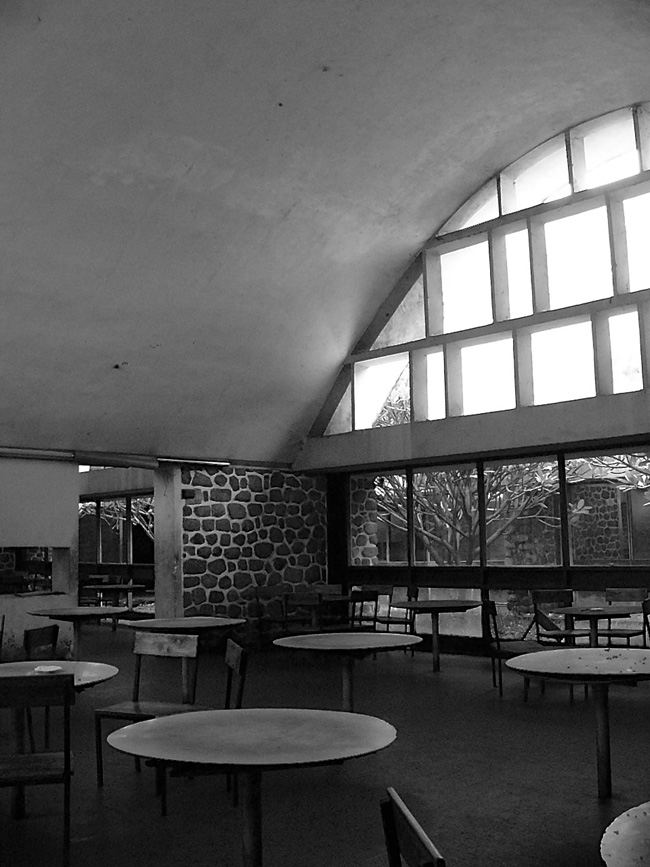 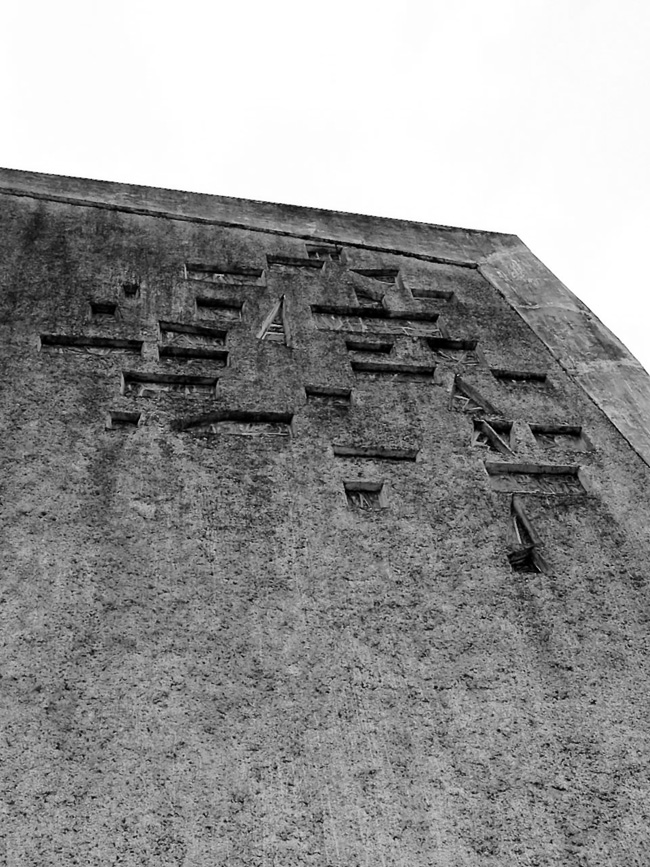