During my second day, some fellow LFers invited me to spend the weekend in West Texas. Without hesitation I agreed to jump in the car the following day, on a quest to experience Marfa. The odyssey began with six people in a truck and a landscape with lots to keep us entertained.*

*The Windmill Game introduced to us by Clay Cottingham. Rules: every time you see a windmill, yell windmill to earn a point for your team. (Go team backseat!!)
Upon arrival we were greeted by some Marfa locals at the Museum of Electronic Wonders and late Night Grilled Cheese Parlor. After eating our late night snack we said goodnight to grilled cheese guy and set out for the Marfa Lights Viewing Area. With our fingers crossed we peered into the darkness in hopes of catching a glimpse of the mysterious light phenomena. After the lights started playing tricks on us, we retreated to the Safari Tents at El Cosmico where I experienced glamping (glamorous camping) for the first time.

The next morning we woke up to the fresh air and set out on foot to explore all things Marfa. Spending some time at the Chinati Foundation, we walked among Donald Judd’s untitled 100 works in mill aluminum and outside we added his untitled 15 works in concrete to Josh Nieves’  “The Lick List.” 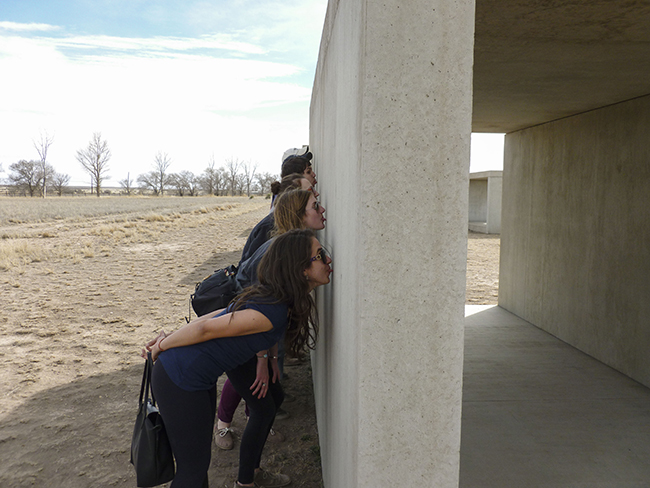 Sneaking a lick before attendants could come yell at us. 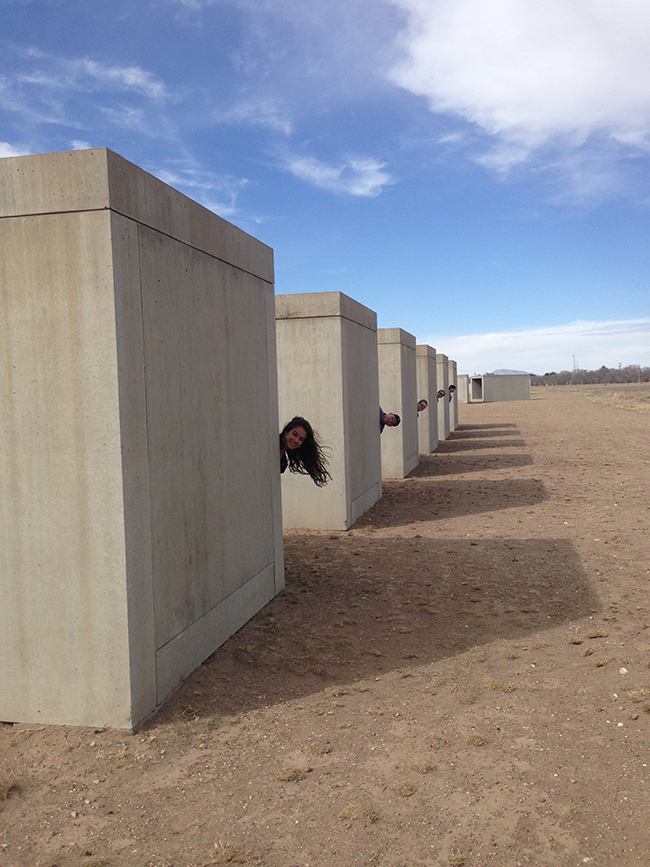 To get the full Judd experience we also visited “The Block,” his residence and studio complex. There our trusty tour guide, Eugene, assured us that everything in the studios and his personal library were just as he left them before he died. We couldn't touch or photograph anything which raised some serious questions in our group (there were a lot of books we were dying to get our hands on) and upon further conversation we found out that there are three people employed for the appropriate "un-dusting" of all Judd's art work and belongings. For lunch we ran into grilled cheese guy again, discovering that he also runs the food truck, Food Shark, where we tried his one of a kind Marfalafel. 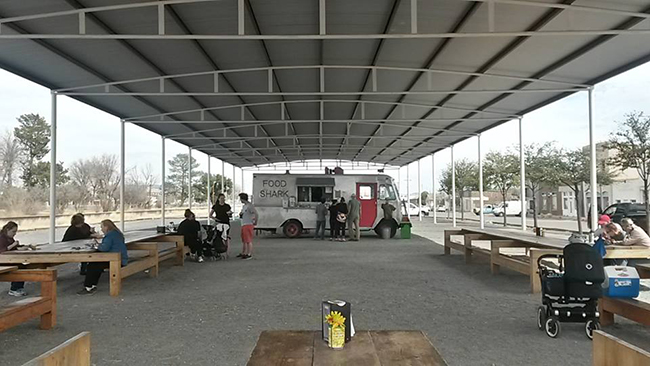 Getting lunch..with the rest of Marfa.
As the sun began to set we jumped in the car and headed up to the McDonald Observatory for the much anticipated Star Party. At the observatory we took a look at Jupiter and some of its moons through a big telescope and mapped out the constellations. To end the action packed day, we had a seven person sleep over at the Thunderbird Motel. The next morning after taking advantage of breakfast in the Thunderbird Lounge, we headed back East to continue counting points for the Windmill Game. 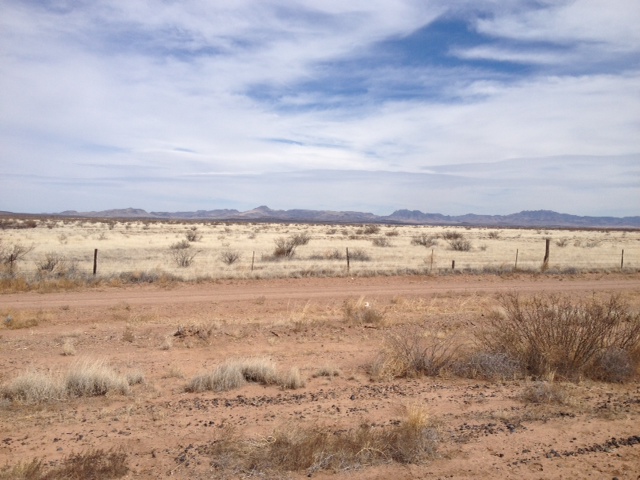