November was a big month for the Josey pavilion. After winning an AIA San Antonio Honor Award and celebrating its official grand opening, the pavilion is still operating as predicted, recording an energy surplus of 68 kWh after two months of occupancy. This is the third  post of a thirteen post series on the process of obtaining Living Building Status. Each month over the next year, we will be posting an update on our water and energy usage as well as an overview on how we achieved each of the 20 imperatives mandated by The Living Building Challenge.

After a solid performance in October, Josey began November with 219 kWh in the bank and we ended up needing every last one of those Kilowatt hours. On November 7th Josey celebrated its official grand opening with a two day party and over 140 guests. This was a major event for Josey’s 4 kW solar array and we used almost all of the saved up energy from October during one weekend. The event was Josey’s first major test and the building performed beautifully. Though we consumed more than we produced in November, we are still in firmly net-negative territory for the two months since the performance period began. 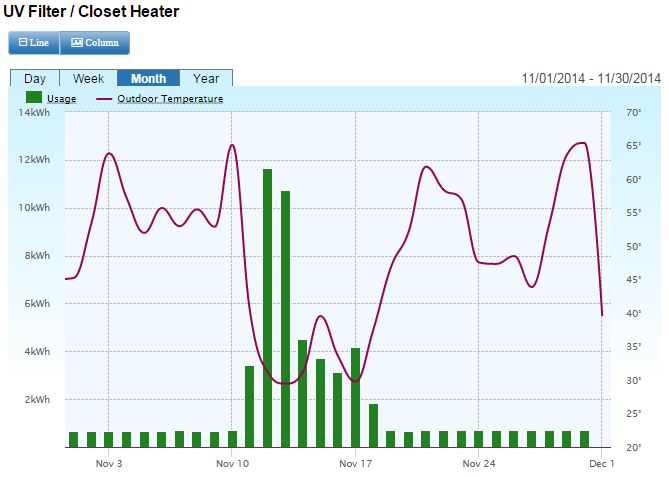 Josey’s second major test took place right after the party when a blast of arctic air sent temperatures plummeting all over the country. Decatur Texas saw temperatures in the 20s and 30s for over a week. Though Josey has no mechanical heating system, there is a small electric heater in the pump room to make sure that the pipes don’t freeze. The electric heater switched on for the first time that week and quickly became the building’s single largest energy user. High performing buildings have very different energy breakdowns than their more typical counter parts. When Josey was designed and modeled, nobody anticipated the pump closet heater as being being the largest energy user. This is one of the many surprising lessons that we will be able to apply to our future net-zero energy buildings 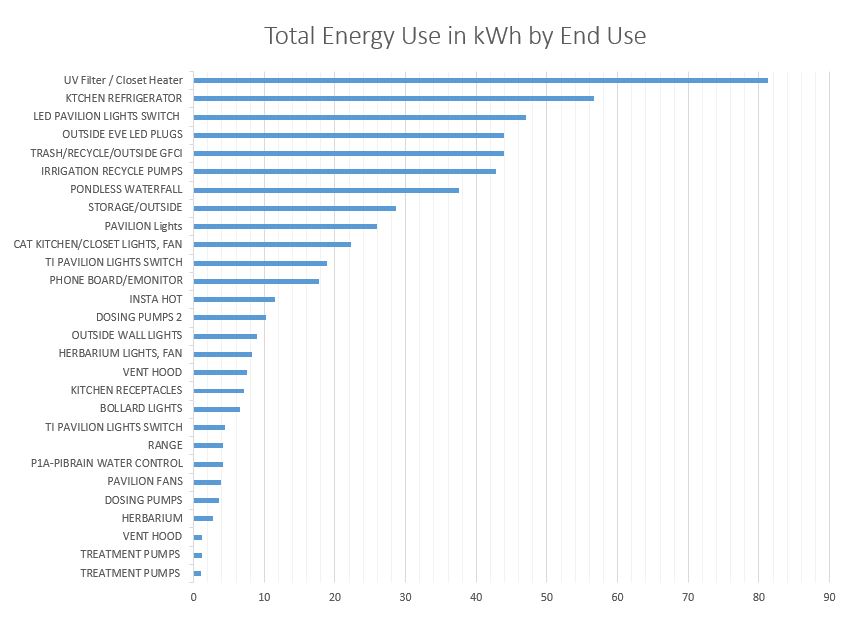 Our water use strategy was tested by the party was well. Compared to October where 71 gallons of cistern water was used to flush the toilet, In November we used 974 gallons. At additional 268 gallons of water was drawn from the aquifer for potable use and the 1142 gallon total is being treated by the on-site constructed wetland before being returned to the aquifer.

We are postponing the monthly Imperative update until January when we publish our material matrix and discuss the entire material petal.
Tweet
Go Back